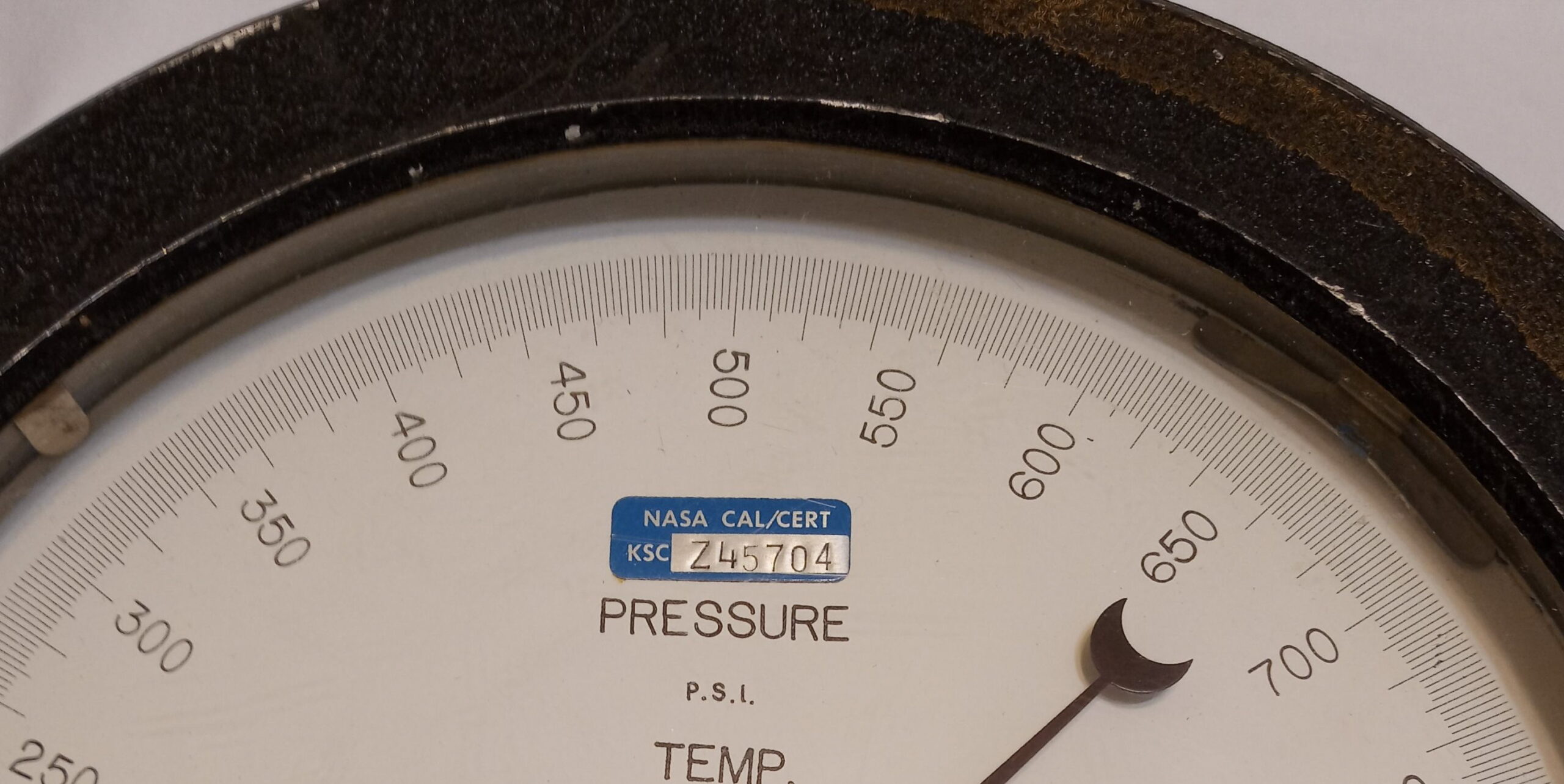 Idaho Surplus Auctions https://idahosurplusauctions.com/ sold the gauge in a recent on-line auction. It's an unusual piece that has no practical purpose for Zac, but he bought it anyway because of a little blue sticker. 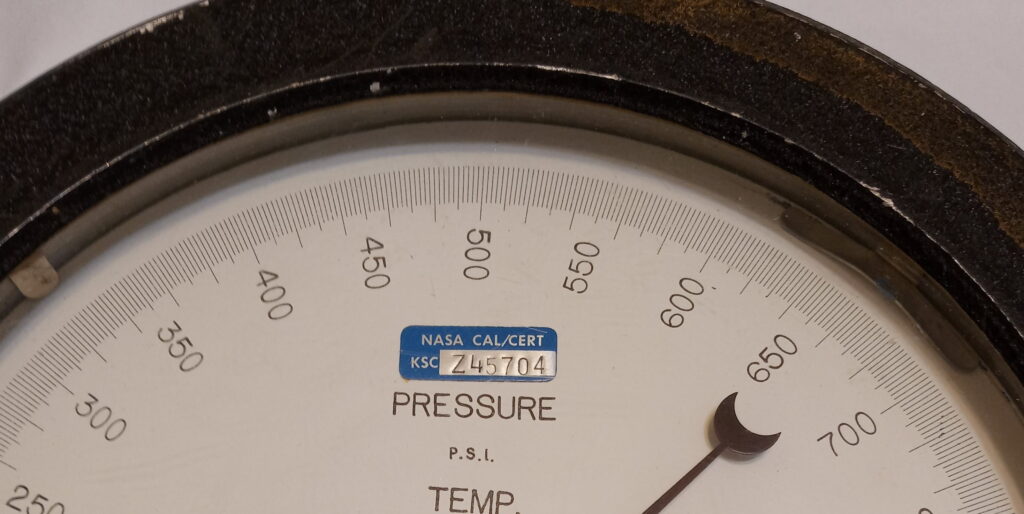 The Little Blue Sticker that got Zac's Attention

It's a NASA sticker which means the gauge was used to measure something too complex to explain. here, but it has something to do with the temperature of materials expansion. Only a “rocket scientist” would understand, but NASA has lots of those and lots of gauges. Zac didn't have any authentic NASA collectibles—those one-of-a-kind items that make them memorable and valuable and often very expensive. The Idaho Surplus Auction was going to be his opportunity.

“Every now and then I would see a NASA item (on-line) and thought it would be cool to have, but I always lost out on the bids,” says Zac.

But not this time. Zac bid low and got it. He figures people didn't pay much attention or didn't realize how much weight a NASA original has in the collectors' world. He's not quite sure what he'll do with the gauge, but it got to his home in Oshkosh, Wisconsin in the same condition as promised thanks to the auction's well-packed parcel.

“I've always had an interest in NASA. I go to the website to see how the Mars rovers are doing, but it's a trap,” he laughs. “You look at one picture, then another, and keep looking.”

In any case, the camera-shy Zac (I asked for a picture. He declined) is thrilled to have his first NASA collectible, but he keeps looking.

“I had been keeping an eye out for Snoopy pins. They show Snoopy with an astronaut suit and helmet, but they're very hard to find.”

And expensive too. I went online and found one on eBay for $7300. I assume shipping is included. The seller claims it may have gone up on one of the Challenger missions. Admittedly they are, as Zac puts it, very cool. They are small, sterling silver with a clasp for a coat or shirt. Fewer than one percent of NASA employees receive the Snoopy award annually, so they don't come up for sale often. And it seems unlikely there will ever be one on Idaho Surplus Auctions since it's mostly about vintage and legacy equipment for industry. Of course, you can always go for a Snoopy reproduction.

They run about seven dollars, but somehow it just doesn't seem the same, especially to Zac—or me. I'll be watching for those little blue stickers from now on.